The 5 Main Types of Interpretation Services

Interpreting services function as a verbal form of translation that is facilitated by a professional interpreter, or a team of interpreters. Interpretation services are used to translate speeches, presentations, conversations and other spoken language into the native or preferred language of a given audience.

By providing interpreting services to your audience, you can communicate across language barriers essentially in real-time, expediting the speed at which information can be delivered while allowing them to benefit from the context in which the speech is provided. Members of a presentation audience, for example, can view visual aids or slideshows as an interpreter provides insights and explanations for those slides.

Here are the five major types of interpreting that businesses should be aware of.

Interpreters taking on a consecutive interpretation project must have strong memory and note-taking skills to keep information organized over minutes-long stretches of speech. Accuracy in interpreting is critical even when the interpreter must convey the contents of a long speech, which is why it’s crucial to enlist the help of a certified, experienced interpreting expert.

This type of interpretation places a lot of pressure on the interpreter, who must be able to translate from one language into the next, and convey that content to an audience, while also listening to a real time speech as it progresses and comprehending how it should be interpreted.

Simultaneous interpretation is also intended to provide an exact conversion of speech from one language into another, rather than paraphrasing. In some cases, the audience receiving this interpretation will wear headphones so they can hear the interpretation without interference from surrounding noise, while also paying attention to any presentation taking place.

Simultaneous interpreting is popular at big meetings or gatherings where a large audience must be engaged in multiple languages. The United Nations is a popular example of this type of interpreting, since many members of the assembly wear headphones to hear interpretations into the language of their choice.

Due to the workload of simultaneous interpreting, interpreters will sometimes work in teams of two or more to facilitate a smooth performance. These teams can also function at the live event itself or from a remote location.

This type of interpreting is similar to simultaneous interpretation, with one key difference: Instead of using microphones and headsets to communicate with intended audience members, the interpreter will sit with an individual or group of people needing interpretive services, and the interpreter will whisper in their preferred language to facilitate communication across language barriers. Protranslating also uses whisper sound technology to speak to an audience within close range of the speaker.

For individuals or select groups requiring dedicated interpretation throughout a foreign visit or other event, escort/travel interpretation can provide custom, personal interpreting services in any location.

These interpreters travel with individuals or small groups wherever they go on a business or diplomatic trip, providing interpretive services in a range of settings. In addition to business meetings and presentations, these interpreters can also assist clients at restaurants, retail shops, or any other location these individuals might travel. In this way, escort interpreters can also function as cultural guides that help clients navigate the complexities and cultural considerations of traveling in another country.

In addition to scheduled interpretation conducted over the phone, businesses sometimes require on-demand interpreting to facilitate business deals, or when companies are trying to assist clients in need of interpretation. If you lose your wallet in a foreign country and are trying to get connected to help, for example, your bank or another business might seek an on-demand interpreter to connect with you over the phone and help you explain your circumstances and your need for help.

On-demand interpreting is also common in the medical and legal fields, especially when these organizations are dealing with foreign clients or patients with limited proficiency in the native language. On-demand interpreting can be arranged within minutes of the request, and because it’s facilitated over the phone, it can be provided quickly virtually anywhere in the world.

With such a wide range of interpretation services to choose from, clients can pick the service and professionals that best serve their circumstances and their needs. Contact us today to learn more about these services and how we can help. 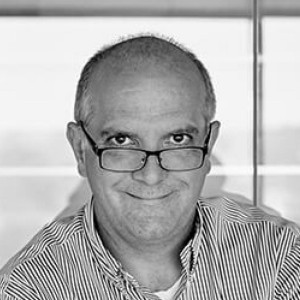