Among the many regulatory bodies overseeing financial services companies, the Financial Crimes Enforcement Network (FinCEN) is near the top of the pyramid. This organization exists as its own bureau within the U.S. Department of the Treasury and shares information with a number of different regulatory bodies in the financial sector. Its primary goal is to use data collection and analysis to combat money laundering, financing for terrorism, fraud, and other financial crimes.

FinCEN’s Know Your Customer (KYC) requirements are an extension of the organization’s anti-terrorism efforts. Established as part of the Patriot Act in 2001, KYC laws expanded upon existing regulations requiring financial institutions to gather key information about the identity of financial customers, including their business dealings.

While KYC is not the sole regulatory framework in place to combat fraud, terrorism, and other financial crimes, it does provide clear baseline requirements financial services companies must account for in their business dealings. For financial institutions, one crucial feature of KYC regulations is that the requirements of this regulatory framework are essentially passed down to your customers, including those operating in foreign jurisdictions.

Since they were first established, KYC regulations have seen a number of revisions to strengthen its anti-terrorism enforcement and improve FinCEN’s ability to detect suspicious activity. In 2013 and 2014, for example, the monetary penalties handed out as a result of KYC programs quadrupled the total penalties dispensed in the prior nine years combined. Annual penalties have continued to rise ever since, topping $8 billion in 2019.

In addition, the regulations themselves have grown in recent years to improve efforts to prevent and identify evolving money laundering practices, while also accounting for emerging and evolving financial fraud concerns around gambling, cryptocurrencies, etc. As regulatory activity has risen, financial institutions face a greater need to invest in a strong KYC program that ensures compliance with these regulations and reduces their risk of being subjected to steep fines.

Key Components of a KYC Program

Financial services businesses face an obligation to ensure KYC compliance through their own internal program. This program should be comprised of the following three elements:

Financial services companies must gather sufficient data and documentation to verify the identity of the entity with whom they’re doing business. In the same way, individuals are asked to provide photo ID, Social Security numbers, and other identifying information. Businesses may be asked to provide a number of different identifying documents, including articles of incorporation, government business licenses from their home jurisdiction, financial statements, and other financial references and documents.

This information is used to verify identities and mitigate the risk an institution faces when providing financial services to any entity.

After the customer’s identity is established, due diligence is used to validate the trustworthiness of that institution. There is a greater level of subjectivity involved in the due diligence process. Due diligence scrutiny typically increases based on the size of the organization and other variables that may indicate a greater degree of risk, such as prior business associations with less reputable institutions or organizations.

For multinational banks, for example, due diligence and documentation demands are significantly more profound for a business merger or cross-border trade than validating a customer’s identification before opening a checking account.

KYC requirements often go beyond the initial vetting and due diligence processes. Financial services companies should continue to monitor their customers through financial transactions, financial statements, and other regular documentation received from the customer. This monitoring can include data-driven processes that automatically flag irregular activity, as well as employee-driven processes, such as manual documentation review to identify potential points of concern.

When behavior warrants a response, you will likely need to submit a Suspicious Activity Report (SAR) to FinCEN.

KYC requirements add a lot of regulatory work for any major business transaction or relationship. This is especially true with international business dealings, which can add additional complications due to the different regulatory requirements of international jurisdictions—as well as the challenges of gathering and translating appropriate data and documentation.

When navigating customer relationships across geopolitical borders and language divides, accurate document translation is a crucial component in ensuring valid data and documented information. When collecting information for CIP and CDD purposes, it’s advantageous to have a translation partner in place to accelerate translations of certain documents, which will support timely review—especially in cases for which you’re reviewing new information from an existing customer and seeking a quick response in the form of a potential SAR submission.

International jurisdictions can have different rules and expectations for KYC programs—some, for example, may be more flexible regarding the use of third-party entities to provide customer information. In other cases, the amount of data and documentation used to conduct due diligence may be limited. While businesses should still implement their KYC programs to the fullest extent possible, there may be unavoidable risks inherent to some customer relationships.

Protect Your Business & Mitigate Your Risk

As businesses transact across foreign borders, data collection for the purposes of meeting KYC requirements can become a challenge. Even after collecting comprehensive data from international customers, businesses can still expose themselves to risk or costly delays with inaccurate translations, leading to financial penalties or federal oversight action.

Partnering with a trusted language service provider can help your business navigate the challenges many institutions face with KYC compliance across foreign borders. With experienced financial translators capable of translating over 200 languages and regional dialects, Protranslating is prepared to help your business mitigate risk while ensuring transactions proceed smoothly through timely, accurate translations.

Contact Protranslating today to learn more about our language services for financial institutions. 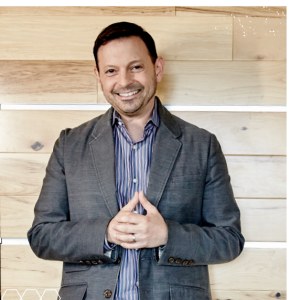 Matthew Rodano joined Protranslating in May 2016 as Vice President of Strategic Alliances and oversees our strategic accounts, as well as strategic partnerships with emerging technologies and innovations. He is a results-oriented, industry leader with 25 exceptional years of experience in client relationship management, translation governance solutions, and business development expertise. Matthew was introduced to the Language Services Industry in 1994 with an entry-level, business developer manager position at his first translation company. Finding that he had a natural talent and sixth-sense for the industry, his career blossomed and he was later promoted to the Director of Business Development and then as Vice President of Client Relations which earned him two award recognitions for Outstanding Client Service and a Lifetime Achievement Award. Matthew earned his B.A. from Dickinson College, double majoring in International Studies and Italian Studies. He’s fluent in Italian, and has a working knowledge of both French and Spanish.

Matthew Rodano joined Protranslating in May 2016 as Vice President of Strategic Alliances and oversees our strategic accounts, as well as strategic partnerships with emerging technologies and innovations. He is a results-oriented, industry leader with 25 exceptional years of experience in client relationship management, translation governance solutions, and business development expertise. Matthew was introduced to the Language Services Industry in 1994 with an entry-level, business developer manager position at his first translation company. Finding that he had a natural talent and sixth-sense for the industry, his career blossomed and he was later promoted to the Director of Business Development and then as Vice President of Client Relations which earned him two award recognitions for Outstanding Client Service and a Lifetime Achievement Award. Matthew earned his B.A. from Dickinson College, double majoring in International Studies and Italian Studies. He’s fluent in Italian, and has a working knowledge of both French and Spanish.