When you’re trying to launch an existing product or service in a new foreign market, focus groups are a valuable research tool to collect direct feedback from an audience of local residents. However, this common market research tool brings new challenges when operating across foreign borders, language barriers, and cultural divides.

Research teams often don’t have any expertise in the foreign markets being explored through these focus groups. Additionally, the unique nature of focus group discourse makes it difficult to create a standardized process.

Whether your focus group is conducted in-person or remotely, a moderator is crucial to the success of this feedback session. Moderators should be fluent in the native language, and also familiar with the cultural norms and expectations that will guide the group’s behavior.

It is a moderator’s job to guide the conversation toward meaningful insights and feedback that help the research team evaluate the company’s prospects with a local market. Without experience with this population, the moderator is at risk of leading a superficial discussion that fails to deliver insightful results.

Localize Surveys and Other Forms to Gather Accurate Feedback

Different cultural perspectives will drive different types of feedback, and different cultural considerations need to be accounted for when translating these documents. Depending on a local culture’s social norms, survey questions may need to be phrased in specific ways that will encourage the focus group participant to provide a complete, detailed response. Without localization as part of the translation process, these documents could create a barrier in facilitating open communication, rather than encouraging valuable feedback.

Expect Cultural Differences in How Focus Groups Discuss Their Experience

When conducting focus groups in international markets, you should expect to see differences both in the behavior of the group’s members and in how subject matter is addressed during the conversation. Many non-Western cultures, for example, aren’t as encouraging of sharing honest opinions and sparking debate and disagreement in a group setting, and this can make it harder to create the candid, free-flowing conversation you might expect in an American focus group.

Similarly, certain cultures and populations may be more reluctant to discuss certain topics, such as politics—and there might be clear restrictions from local authorities on how these subjects can be discussed. As a research team, it’s important to anticipate these differences and challenges so you can generate useful feedback from the group.

Use Livestreaming and Remote Teams to Improve Efficiency

Sending team members to international markets isn’t always practical—especially when online focus groups can be easily deployed around the world. Your company can use livestreamed video content in conjunction with consecutive interpreting to facilitate conversations with foreign focus groups. This can eliminate the travel costs of creating focus groups and speed up the research process by allowing focus groups to be conducted in quick succession.

International focus groups offer a wealth of information specific to a local community or region your business is targeting. Invest in language services that help you get the most value possible from this process. Contact Protranslating today to see how we can support your market research efforts. 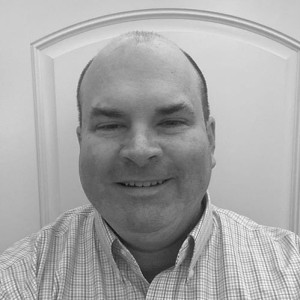 Bob is a consummate market research and language services expert with a combined experience over 25 years. He provides his clients with value - via high-quality work at reduced costs – because he understands the need to develop solutions that deliver on quality, timeliness, and affordability.

Bob is a consummate market research and language services expert with a combined experience over 25 years. He provides his clients with value - via high-quality work at reduced costs – because he understands the need to develop solutions that deliver on quality, timeliness, and affordability.