Even before the Covid-19 pandemic, Research and Markets forecast that the online education market would grow to $350 billion by 2025. During the pandemic, schools and universities have had to close physical locations, forcing learning to move increasingly online.

With many platforms available to satisfy this demand, which ones are the best for authoring multi-language content?

Whether you are looking for a simple, easy-to-use platform for designing microlearning modules, a high-end platform with sophisticated translation and optimization options, or a savvy platform with video recording and editing for creators for a global audience there’s an authoring option available for you.

Here are the top five platforms being used by content creators and training organizations in 2021.

Though Articulate 360 has yet to achieve the success of its larger competitors, it’s gaining popularity for its speed, simplicity of use, and impressive course design capabilities.

Businesses are using the platform in two key ways:

Responsiveness across all devices is built-in, as is the impressive and professional look you can achieve with the pre-built blocks and interactive elements.

Rise is not without its limitations.  Principal among these, particularly if you create content in multiple languages, is the platform’s limited language support. An example would be its inability to read right-to-left, which would make it unsuitable for Arabic and Hebrew. This obstacle can be overcome by working with a language service provider that offers software integration to export linguistic data and localize Rise modules.

One of the leading authoring tools for eLearning content, Storyline, lets users create impressive and professional interactive course content. Its’ user interface is straightforward and reputed to be one of the easiest in the industry.

However, Storyline’s most significant advantage when creating courses in multiple languages is the impressive translation and localization options. Storyline simplifies the process of duplicating existing courses into new languages. Simply export the course as a .doc or .xml file and send it to your language service provider.

Additionally, your language service provider can go directly into the Storyline platform to make any localization adjustments. Non-text material will need to be exported separately for localization.

Other noteworthy features include:

Please note: Articulate Storyline is not available for Mac computers, only Windows.

Organizations with a global audience of employees and consumers who create training and course content across multiple languages have historically found it time-consuming, inefficient, and expensive to author their training.

Lectora reduces friction by facilitating easy export of source content and importing the translated and localized version, improving the quality of translated courses, and ensuring they are culturally appropriate.

Content is exported into a single RTF file which serves as the source document and sent to the organization’s language service provider. Once localized, the content is easily uploaded to the Lectora platform into your existing course layout. Video, audio, and other multimedia will need to be exported separately.

Lectora’s useful, time-saving option automatically increases the text box size to compensate for changes in text size. It’s still advisable to go through the course to make sure the formatting is correct.

Other features of Lectora include:

Camtasia is a well-known and widely-adopted screencasting software used by some of the world’s largest brands — including eBay and the American Cancer Society, to produce eLearning and training courses.

For companies creating courses in multiple languages, Camtasia’s flexibility and editing capabilities, along with its customizable visual effects, make it a good option. The array of file types that can be imported and exported when translating and localizing your eCourse content in Camtasia have proven popular with course creators and companies alike.

As well as allowing users to publish directly to YouTube, Camtasia integrates with PowerPoint and other business software to bolster its platform.

Using Camtasia for translation and localization offers several benefits, including:

However, the user interface is quite technical, so there will be a learning curve when you first start. Camtasia isn’t mobile responsive, so the mobile user experience is not optimal. A partial solution may be to publish your localized course through YouTube, which is mobile responsive.

By allowing users to export their course content as a .doc or .xml file, you can easily send it to your language service provider for translation and localization to create an identical course in a new language. You will need to translate and localize images, video, and audio separately, but it speeds up producing content in multiple languages.

The software has benefited from several enhancements, including:

When optimizing for translation and localization in Adobe Captivate, there are some things you’ll need to be aware of to be successful:

Whichever authoring platform you choose to produce your eLearning courses, you’ll need a professional translation and localization partner to help you bring your course to the widest possible audience.

Protranslating is a team of passionate linguists with old-school values, providing a full spectrum of services in 200 languages to organizations across the globe. 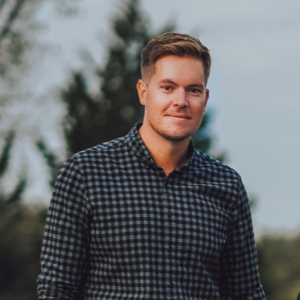 Michael is a problem-centric, gap sales director that has spent over a decade supporting translation and localization initiatives. His primary focus over the last six years has been to help learning and training stakeholders impact their global and nonnative English learners with accurate, authentic translation. Michael also works closely with marketing stakeholders and has a dedication to technology and a deep understanding of various content management systems, as well as most eLearning authoring tools. Outside of work, Michael enjoys running, traveling and spending time with his wife and their three-year-old boy/girl twins.