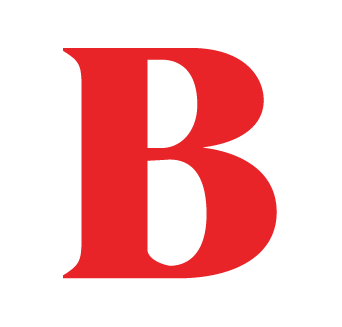 The world today has never been more connected. Once the current pandemic has sufficiently eased, we’ll be able to travel the world again. Want to see the cherry blossoms in Kyoto? How about Christmas on Bondi Beach? Fancy snowboarding in Whistler? No problem, book a ticket, jump on a plane, and you can get just about anywhere in under a day. Digitally it’s the same, but on steroids. Now people can experience things, buy products or services, and learn the language of their choice…or can they?

Businesses are aware of this demand now more than ever, especially the opportunities available by expanding their audience on a worldwide level. It is evident that in order to sell your products and services internationally, you need to translate and localize your content in order to be successful. Translating your website, social media accounts, and all of your hard copy documentation is a significant first step. But for your content to be compelling and readable to your new audience, you have to consider the cultural nuances of that country.

What is Cultural Nuance?

Cultural nuance is the words, phrases, and beliefs that differ between countries and regions. For example, in the UK, they’ll have a biscuit with a cup of tea; while in the US, we eat cookies. These are the little things that make each culture unique.

When you are translating and localizing your content, cultural nuances must be taken into account so that your website visitors feel they are reading or watching content written for them in their language. Most texts won’t make sense if they are translated word for word into a new language. More often than not, word-for-word translations can be seen as inappropriate or offensive if the translator makes the wrong word choices.

Understanding your target market and audience is essential as there can be a cultural gap from one country to the next, where slogans and initiatives don’t resonate. When it comes to translating marketing materials, understanding your audience and the nuances of their language is especially important.

In 1987, Braniff airlines was promoting their new leather seats in Latin America using the same marketing campaign they used in the US, “Fly in leather.” The Spanish translation was appropriate throughout much of Latin America, but had different connotations in Mexico. The expression – “Vuela en cuero” – in Mexico also meant “Fly naked” – not the impression the airline wanted to make.

Dolce and Gabbana committed a much more severe faux pas when they shared a series of ads on social media depicting a Chinese woman attempting to eat Italian food with chopsticks while a male voice gave her directions. Chinese consumers, one of the company’s largest markets, threatened to boycott the brand entirely and even the Chinese government became involved. This highlights how important it is when advertising abroad to create culturally appropriate material that will appeal to your customer base, rather than repelling them.

If any of these companies had translated and localized their content using a native translator, who understood the culture of the countries involved and the effect these advertisements would have on potential consumers, then perhaps it would have saved them both money and unnecessary damage to their brands.

When localizing your website, social media accounts, and marketing materials, it isn’t just the words that you need to consider, but the impact the colors and images you use have on your target market.

In Western cultures, red often symbolizes excitement, passion, love, or danger. In China, red represents happiness, good fortune, and prosperity – again still quite positive. However, in South Africa, red is associated with mourning and the bloodshed during the country’s struggle for independence. Europe and the United States often associate the color purple with magic and mystery, which is still linked to wealth.

However, in many cultures, purple is the color of death or mourning. In Italy, which strongly associates purple with funerals, wrapping a gift in purple paper is considered poor taste, and it is bad luck to wear purple to an Italian opera.

Images also need to be carefully selected, as specific images have the potential to offend in many cultures. Countries where Islam is the predominant religion, find pictures of bacon or pork products offensive as pigs are considered unclean. Similarly, images of people in swimwear would be considered highly inappropriate in many Middle Eastern and Southeast Asian countries on both religious and cultural grounds.

When you decide to expand into other countries, you must understand their culture, beliefs, and customs to create the right first impression. If you want to be accepted as a trustworthy business, your content must reflect how your target market views itself and appear as if written by a native author. Understanding the cultural nuances of your target market will help you avoid mistakes that make your company appear insensitive and enable you to become a trusted partner in their country.

Our translators and localization specialists are all native to the countries they work with and understand the culture of those countries. Contact us to find out more! The Secret to Unifying Translation Services Across Departments Why Language Is the Key to International Growth How to Overcome Complexity in Contract Management and Translation